You are in Oslo, Norway
This page is a part of Jan Michl's
design theory website

The Savoy vase belongs to the best-known products of Finnish designers. For many people the glass vase, with its asymmetric shape and freely curving tapering walls represents the quintessential qualities of Finnish design: originality, straightforwardness, and aesthetic sophistication.

RESTAURANT This striking vase received its name after a new luxury restaurant in Helsinki, called Savoy and opened in 1937, for which Alvar Aalto together with his wife Aino designed custom furnishings and fixtures. The restaurant was situated at the top floor of the new Industrial Palace building, and was complete with a liveried Negro porter, and a dining terrace overlooking a park. The vases were placed on every table and their baylike forms allowed flowers to be arranged in unusual, more individual ways. With their protean identities - showing different faces at different angles - the vases belonged to the most remarkable features of the restaurant. The other element directly related to these forms was a kidney-shaped table on an undulating base, located in the middle of the restaurant and serving as its focal point and centerpiece.

WORLD FAIR The vase was, however, not custom-made for the restaurant. It was a part of a series of designs for vases and dishes with which Alvar Aalto entered, and won, the 1936 competition organized by Finland's prominent glassworks, Karhula and Iittala. The prime aim of the competition was to acquire designs suitable for showing at the Paris World's Fair next year. Aalto delivered a sequence of sketchy, and in several cases almost ostensibly casual, drawings, some of them reminiscent of cubist still-life collages, and gave the entry a Swedish code name of Eskimoerindens Skinnbuxa, i.e. Eskimo-Woman's Leather Pants. A collection of about ten objects from this series, from a shallow dish to an about one meter high vase, was produced after Aalto's sketches and first shown in summer 1937 at the Paris World's Fair, in the Finland pavilion (built after the design with which Aalto won the national competition in 1936). In the same year some vases and dishes of the Eskimo-Woman's Leather Pants-series were chosen for the Savoy restaurant, and subsequently the most popular of them came to be known as Savoy vase.

PRODUCTION To begin with, the winning entry was not without technological problems. Aalto wanted the forms to be blown into molds made of thin steel sheets forced to form closed sinuous shapes with the help of steel pegs; the aim was to make the molds easily replaceable in order to make remodeling possible. He took personally part in production attempts but in the end the sharpest curves had to be modified and the casting moulds were made of wood, into which the forms were blown. This technology continued until 1954, when wooden molds were replaced by cast-iron ones. The original height of the Savoy vase was 140 mm, and since 1937 it was produced in clear, brown, azure blue, green and smoke coloured versions. In the 1950s and later, opal, cobalt blue and ruby red colours were introduced, beside the clear version, and since the 1960s both larger and smaller versions of the vase have been marketed. The Iittala-factory which still produces both the Savoy vase and other vases of the series, uses designation "Aalto" for all of them, and distinguishes between the different types only by their product number.

FORM At first sight the undulating forms of the Savoy vase seem rather capricious and whimsical. On closer look, however, they turn out to have their logic both within Aalto's own work, and within the broader context of modern art of the time.

The sinuous lines and shapes of the vases remind perhaps most of Aalto's experimental plywood and bent wood reliefs, of which he since the early thirties conceived as aesthetical objects in their own right. Aalto's growing preoccupation with sinuous, "organic" shapes became explicit in his acoustic design for his municipal library lecture hall at Viipuri in 1935, where the ceiling of the long and narrow hall is provided with a strikingly expressive undulating wooden "lining". In Aalto's world of shapes there was apparently going on a cross-fertilization between undulating forms of most different scales. His technological-artistic experiments with bent plywood seem to have informed his ceiling at Viipuri, while the Savoy vases apparently inspired his winning competition entry for the Finnish Pavilion at the New York World Fair of 1939: just as the undulating glass plane of the Savoy vase visibly tilts, so does the huge serpentine wood and plywood display wall at the fair. For Aalto had the undulating planes evidently an aesthetic interest independently of their functional use.

INTERPRETATIONS The sinuous, undulating lines in the vases and dishes have often been seen as representing the characteristic shapes of the Finnish landscape with its myriads of lakes. The lines of the section cut through a base of a tree where roots branch out have also been mentioned as a possible source of inspiration. Others saw in the free-form shapes of the vases Aalto's intention to recall the formless nature of the fluids they would hold. Critics pointed also to the fact that the "organic" theme of Aalto's designs could be found already in the Art Nouveau designs of Eliel Saarinen, the most important Finnish architect before Aalto. Also a series of free-form vases and shallow dishes produced in 1935 by the distinguished Swedish glasswork at Orrefors have been cited as the main source of inspiration. Aalto himself is said to have alleged that the lines of the vase were prompted to him by the captivating shape of a puddle. Besides, it is may have certain interest to mention in this connection that "aalto" is Finnish for "wave".

There is probably a grain of truth in all these readings. It is still important to note, however, that the circumstance which in the first place warranted the use of undulating forms in Aalto's modernist aesthetics was not the fact of their occurrence in Finnish lakes, or in cut trees, or puddles, nor in Art Nouveau designs, or Swedish contemporary glass - but in the world of modernist abstract painting and sculpture. Since the 1920s the prime spring of the new language of modernist architecture and modernist design was the formal universe of the post-cubist abstract art. Aalto's 'organic' alternative was sanctioned by the aesthetic idiom created by 'organic' modernists like Hans Arp, Juan Miró and others. The vital connection between the international abstract art and the forms of the Savoy vase, however, does not belittle the mastery with which Aalto used and further developed that "organic" idiom.

PATRONAGE The circumstances surrounding the birth of the Savoy vase are interesting also as a case of art patronage in modern times. Since the middle 1930s Aalto's career came to be associated with two adherents of modernism with powerful positions in the Finnish industry, and society, Maire and Harry Gullichsen. Maire Gullichsen was born into the Ahlström family that controlled the Ahlström industrial corporation and both she and her husband, who was in 1932 appointed Chairman of the Board of Directors of the Ahlström Company, became Aalto's patrons and close personal friends. They "discovered" him, made him known in the Finnish capital, and helped him to receive challenging commissions. The origin of the Savoy vase is in many ways closely associated with the Gullichsens' influence. The Ahlström Company owned among other things the Karhula-Iittala glassworks, and had built the Industrial Palace with the Savoy hotel at the top. Maire Gullichsen was one of the driving forces behind the Artek Company that she and Aalto established in 1935 to manufacture and distribute Aalto's own design. Already as co-owner of Artek she sat in the 1936 Karhula-Iittala competition jury that gave the code name Eskimoerindens Skinnbuxa the first prize. It was probably also at her initiative that Artek received the Savoy commission, and that the restaurant was furnished with the Aalto vases and dishes.

The lucky alliance between avantgarde designers and their sympathizers in the echelons of power came to be something of a hallmark of Finnish design, also in the years to come. The Savoy vase marks the beginning of that long fertile period.

This text is licensed under a Creative Commons Attribution-ShareAlike 3.0 Unported License. Your critical comments are welcome: michl.nor[at]gmail.com You are also welcome
to create a link
to this page Jan Michl's online design texts IN ENGLISH
More on Aalto: Alvar Aalto Museum; Finland
The author's workplace 2017:
NTNU / Norwegian University of Science and Technology / Gjøvik, Norway 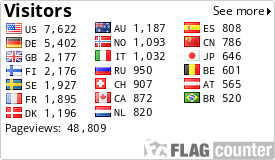